Algae can be used as foodstuffs for humans, ingredients for fish and animal feed, or for biogas production. Photo © AlgaePro AS

Norwegian companies are exploring the multifaceted potential of algae – an easy to grow, incredibly versatile resource – to achieve a circular economy and a sustainable future.

Algae – both macroalgae (seaweed) and microalgae – excel in converting carbon dioxide to oxygen. In fact, in terms of oxygen production, algae are a larger contributor than all the rainforests of the world combined.

Moreover, algae can be cultivated using waste streams, such as biowaste, excess nutrients from aquaculture and CO2 from industry.

They can also be used in a myriad of ways, such as foodstuffs and nutraceuticals for humans, ingredients for fish and animal feed, or for biogas production and other industrial applications.

Many species of algae are rich in protein, and microalgae contains large amounts of Omega-3 fatty acids. According to a study published in the Annual Review of Animal Biosciences, microalgae are a particularly promising resource for satisfying the world’s demand for protein in a sustainable fashion.

Thanks to these various properties, algae are one of those rare resources that can have a direct positive impact on both the economy and the environment.

Norwegian companies are using their ingenuity and inputs from other ocean industries to find innovative ways of cultivating and using this valuable resource. 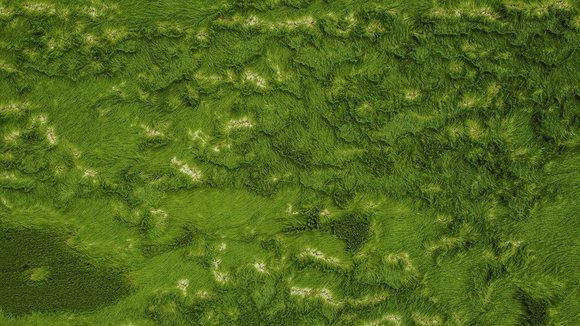 When it comes to oxygen production, algae are a larger contributor than all the rainforests of the world combined. Photo © Unsplash / Marius Badstuber

Fish farming is vital to providing the animal protein needed by the rapidly growing global population, which is expected to exceed 9 billion by 2050.

Norway, a world leader in the industry, has plans to increase its aquaculture exports by fivefold by 2050. But, as with land-based agriculture, aquaculture growth comes with its own set of environmental challenges. One of these involves access to fish feed with well-balanced, high-quality protein and Omega-3 fatty acids.

Feed has traditionally been based on marine proteins and oils, and these have been sourced from fish. Unfortunately, the need for these feed ingredients outweighs the availability, and has led to the depletion of fish feed stocks due to overfishing.

Soy is the most widely used alternative feed ingredient. Although rich in protein, its cultivation can be a threat to vulnerable ecosystems. And even when it is sustainably sourced, soy usually has to be shipped long distances.

Moreover, soy is often treated with the pesticide ethoxyquin (which is also commonly added to fish meal as an antioxidant). Because of its potentially harmful properties, ethoxyquin will be banned in the EU from 2020.

Microalgae can have an important role to play in solving the environmental challenges facing the aquaculture industry. It is the only alternative marine source for primary production of marine proteins and Omega-3 fatty acids.

It is also completely sustainable, as it is grown using light and CO2 or other waste streams. 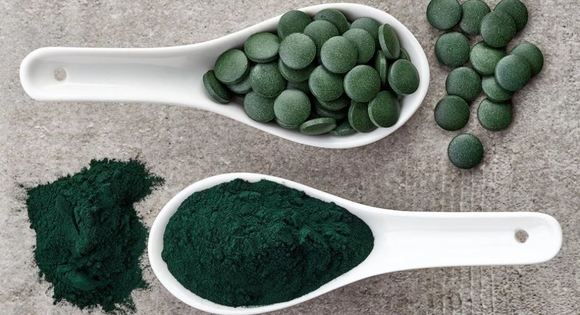 Microalgae can be used for a myriad of products, from nutritional supplements for humans to ingredients for fish and animal feed. Photo © AlgaePro AS.

Algae feeds off waste and pollution, making it ideal for the circular economy. Place algae farms next to huge CO2 emitters and they transform the greenhouse gas from a pollutant to a resource.

Companies such as ferrosilicon manufacturer Finnfjord in North Norway are using this to their – and the environment’s – advantage.

Finnfjord is working to reduce its extensive carbon footprint by feeding some of its CO2 emissions straight into an algae pool. In this way, the company is on the path to full carbon neutrality by 2050.

The Bergen-based startup AlgaePro, meanwhile, is developing technology for cultivating microalgae using biowaste from municipal waste management, as well as CO2 and waste heat from industrial sources. The company is optimising the technology for colder climates, and the microalgae is destined for fish feed and other specialised aquaculture products.

When it comes to macroalgae, Norwegian seafood heavyweight Lerøy has joined forces with the environmental organisation Bellona to found the company Ocean Forest. This company, too, is using waste streams – specifically phosphorus, nitrogen and CO2 released from fish farms – to cultivate sugar kelp and mussels.

These organisms are close to the bottom of the food chain, needing only water and sunlight to survive. They can thus provide nutrients for humans and animals without the use of feed or chemicals.

This is an excellent example of the circular economy in practice, with the kelp storing CO2 as an added benefit. 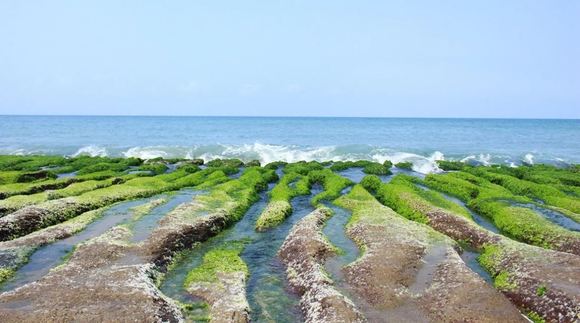 Although these initiatives are relatively small scale, there is considerable potential for growth. The research institute SINTEF estimates that production of macro and microalgae in Norway will total over 20 million metric tons by 2050, with a market worth of more than USD 4 billion. According to Persistence Market Research, the revenues from the global microalgae market alone will reach USD 75 million by 2026.

For now, the profitability of algae is limited by some technological hurdles: the methods for providing algae with the light, energy and nutrients they need in large, controlled environments are still not efficient enough to facilitate large-scale industrial production.

However, Norwegian companies are demonstrating that it is possible to use algae to improve both the economic and environmental bottom line.