Norwegian companies are exploring how to exploit seaweed as a food for tomorrow.

Although the oceans cover more than 70 per cent of the Earth’s surface and are burgeoning with marine plants, most of the plants we eat are cultivated on land.

The environmental benefits of adding more marine plants – specifically seaweed – to our diet are potentially huge. Agriculture accounts for 10 to 12 per cent of global greenhouse gas emissions, and its steady expansion is one of the main threats to global biodiversity.

There are many people who point out that we have barely begun to scratch the surface of the versatility of seaweed. Zoe Christiansen, founder and CEO of The Northern Company, is one of these.

“The potential lies in the fact that it is an extremely sustainable resource that can be used for very many purposes. Today, it is probably easiest to use seaweed in food. But seaweed can also be processed into biofuel, fibres for the textile industry and alternatives to plastic.” 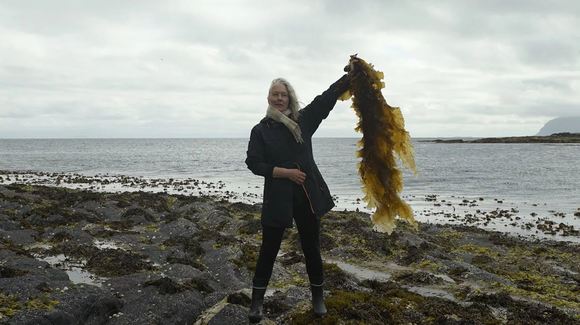 Seaweed is a macroalgae, which together with microalgae, produce over 70 per cent of the world’s oxygen. When it comes to total biomass, it is estimated that there is nine times more algae in the ocean than plants on land.

Researchers and companies alike are exploring sustainable commercial applications for algae, and there is an emerging microalgae industry in Norway.

Christiansen’s great passion, however, is for brown seaweed (also known as wrack) and kelp.

“One of the greatest advantages of brown seaweed and kelp is that they grow astonishingly fast. For example, giant kelp, or Macrocystis pyrifera, can grow up to one metre a day under optimal conditions,” she says.

Several companies are working with seaweed in Norway. Christiansen and The Northern Company focus on sustainable harvesting of wild-growing wrack and kelp – yet seaweed is also ideal for aquaculture production. It can even help to combat ocean acidification and thus has multiple environmental benefits. It is not only a sustainable resource for food, materials and fuel, it also supports a healthy marine environment.

And this is just the start. According to Vegar Johansen – CEO of the research institute SINTEF Ocean – Norway can produce over 20 million metric tons of macro and microalgae by 2050, with a market worth of more than USD 4 billion.

Seaweed is considered to be one of the most nutritious foods there is. It absorbs minerals directly from the sea and is rich in micronutrients and vitamins. A number of species even contain more protein than meat and more calcium than milk.

Christiansen points out that while a huge market for seaweed already exists in Asia, Europe has not quite realised what an excellent ingredient seaweed is. This, she says, is changing – and quickly.

“Seaweed is consumed in coastal communities all over the world, especially in Asia. We haven’t had the same tradition in Europe, where people began to become aware of seaweed as food about 10 to 15 years ago. There is tremendous potential here – and a consensus that it is going to grow,” she says.

There are already signs that seaweed is making waves in the culinary world. In Norway, it is often found on the menu in fine restaurants, such as one of the world’s most exclusive seafood restaurants – Under. Top chefs have long been fans of the ingredient. Now, says Christiansen, the challenge is to get your average Jane or Joe on board.

Read more: would you swap your beef steak for a seaweed salad?

“One of the challenges is to learn how to prepare the raw material so that it tastes good. Seaweed is a fantastic ingredient, but to get the right texture and taste you need to know what you’re doing. This could be an obstacle for the average consumer.” 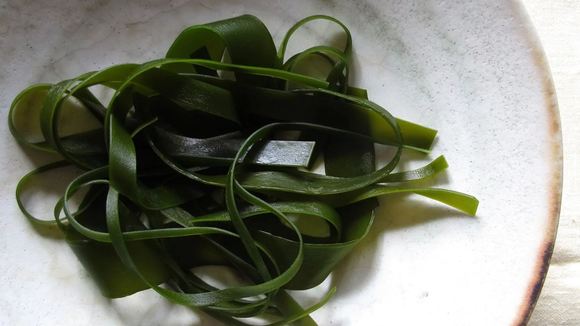 Must invest in product development

What will make the seaweed industry grow? On the one hand there are technology challenges to overcome in order to use macroalgae and microalgae a sustainable alternatives in fish and animal feed, fuel, textile fibres and plastic. When it comes to seaweed as food, Christiansen believes that demand is of key importance.

“Even though it is a fantastic raw material, product development is the greatest challenge. If we invest more in creating products consumers are interested in, seaweed production can be scaled up. If we can increase demand, production volume will rise accordingly,” she says.

This involves more than convincing chefs and consumers to use seaweed in their cooking.

“I see, for example, great potential in clean meat products such as lab-grown fish and meat. It is very difficult to achieve the right texture and taste, and seaweed can have a role to play here.”

After working with wrack and kelp for seven years, Christiansen is firm in her belief that developments are moving in only one direction – up.

“Awareness around seaweed is increasing. Demand will grow in the years to come – everyone in the industry agrees on this. The question is how fast.”

And although Christiansen herself is from Denmark, she is unequivocal about where the best seaweed in the world is found.

“The brown seaweed growing along the Norwegian coastline is better than seaweed from any other place because Norwegian seas are relatively clean. Seaweed also thrives best in cold waters with strong ocean currents – just like those found in Norway,” she concludes.