A network in Bergen is encouraging more women to become project leaders within some of Norway's most male-dominated industries. Members of the network's second cohort, pictured here, have now shared their thoughts on what the initiative means for them.

The Vest Ut og Fram (VUF) network is aiming to empower women in the ocean and energy sectors in western Norway. We spoke to some of its newest members.

Although Norway is seen as one of the most egalitarian countries in the world, Katinka Bratland explains that women here can still face barriers to success.

Bratland is one of the leaders of the VUF network, which is working to support more women to act as leaders for research, development and innovation projects.

She explains that the network is particularly focused on Western Norway’s ocean and energy sectors, which have traditionally been male-dominated.

“There are an incredible number of skilled women out there, but they might not always have the courage to stand forwards. We hope that, by giving them a network and introducing them to positive role models, we can encourage more women to apply for leadership positions in these industries.”

The network welcomed its first cohort of 20 participants in 2018. This first group of women gave feedback that it had helped them to build confidence, and had encouraged them to be more open with colleagues about their plans and ambitions.

The second cohort has just launched in autumn 2020, meaning that 15 more women will be getting the chance to meet and make new connections. They will also be supported to improve their project management skills through a range of concrete tasks.

We spoke to several women from the current network to find out more about their hopes and expectations from the programme. 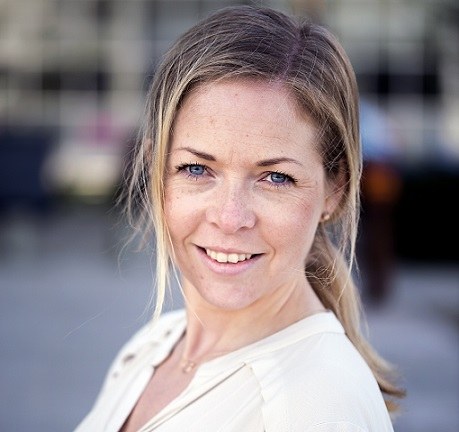 Camilla Moster says that she has found a lot of common ground with her fellow network members.

Camilla Moster works as a Project Leader for Innovation and Venture at BKK.

She leads on projects that explore new business areas for the energy company, including most recently a large-scale partnership to reduce carbon emissions on Norwegian construction sites.

According to Moster, “We’ve already had two meetings as part of the network, which have gone really well. I’ve been able to meet lots of skilled women who are in similar positions to me.”

She is looking forward to future sessions that will cover sources of funding for R&D projects, and an introduction to working on boards and steering committees.

She also believes that the network could lead to new opportunities for cooperation: “there is a lot of common ground between the ocean and energy industries in western Norway – particularly in terms of areas like digitalisation and sustainability.

“I can’t wait to have more productive conversations with my fellow group members. This might even lead to new partnerships further down the line!” 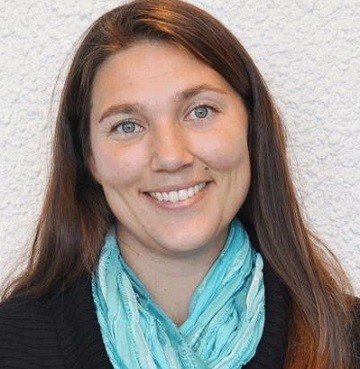 Charlotte Krafft believes that the network can act as an inspiration for women across the region.

Charlotte Krafft is the leader of the Energiomstilling VEST (EOV) knowledge cluster in Bergen.

EOV is a joint academic effort between the city’s four major research institutions, which aims to collaborate and share, as well as transfer competence and utilize research through interdisciplinary application, applied research, innovation and entrepreneurship towards a low-emission society.

“It is great to meet all these skilled female leaders as part of the network – and to know that I can call on them and their expertise next time I am organising an event!”

Krafft also thinks it is important to highlight the role of ambitious, inventive and resourceful women in the region, as this can inspire others to follow in their footsteps.

“I have a daughter myself. I want her to see that she can achieve whatever she wants in life.” 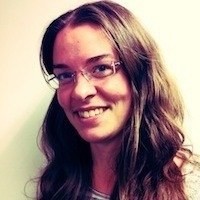 Anette Bergo has found the network useful when starting her new role in the maritime industry.

Anette Bergo has just begun her role as the Chief Technology Officer for Powerzeek, a start-up company in Bergen that is developing a trading platform for clean fuels.

She is leading on developing the technology behind the platform, which will allow shipping companies to buy and sell fuels such as LNG in an effective way. The company recently opened a new office in the USA, and is planning to scale up its operations over the coming months.

Bergo explains that for someone like her who is new to the maritime industry, the VUF network offers great benefits.

“It’s really good to get to know more people in the sector, as it makes it easier to simply pick up the phone if I have a question about a particular company or project.” 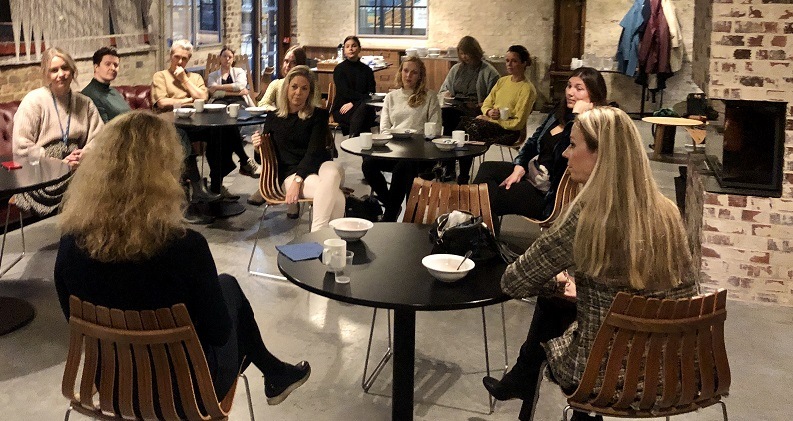 VUF members recently heard from Hilde Indresøvde from VIS and Gøril Selvik from Connect Vest, about how to build and maintain their personal network. Other events will cover sources of funding for R&D projects, and working on boards and steering committees.

The network members look forward to further exciting events during the autumn, including a meet-up hosted by the Energiomstilling Vest knowledge cluster.

They will also be going on a business visit with VUF member Mariann Persson, who is General Manager and Guide with Bergen Fjord Adventures and Villa Vestre. The programme will conclude with a final gathering in January 2021.

Bratland explains that the first cohort of the network was supported by the Research Council of Norway through its FORREGION scheme. The organisation’s aim was to increase the number of female leaders for research projects.

On the basis of good feedback and results from the first cohort, Vestland County Council decided to continue funding the project this year through its MobiFORSK scheme.

However, Bratland and her fellow network leaders do not want to stop there. They are already thinking about how to build on the VUF network in 2021 – and are even considering whether to expand this to a national level.

Whatever the future may bring, it is clear that the network has already been a source of inspiration for many women in western Norway.